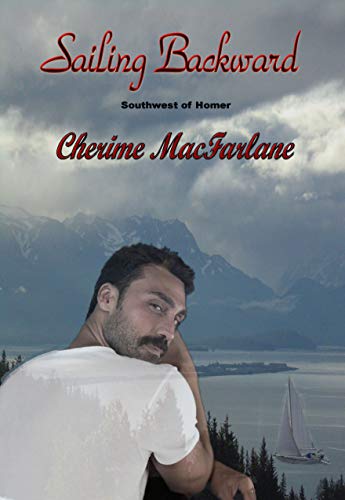 4 starsFun story, I laughed out loud at the end…

I’m afraid of bodies of water. Especially LARGE bodies of water. So would I normally pick up a romance novel about a woman (Olivia) sailing her boat all the way from Hawaii to Alaska? And as she sails, picking up a stranded guy (Don) in the middle of the Gulf of Alaska on her way? That would be an emphatic no. That said, I have long dreamed of one day visiting Alaska and its pristine beauty. So when I read the excerpt on this story I was intrigued and had to check it out.

Believe me when I say I was not let down at all. This was a really good Alaskan romance, with the heroine as the hero for once, and the author, Cherime MacFarlane has done an exemplary job with her beautiful descriptions. Admittedly, it took a little bit for me to get into it initially as it started a little slow for me personally. This was mostly due to the fact that there is a fair amount of nautical terms and jargon used within of which I was unfamiliar with because, well, I’m afraid of water and will NEVER be caught dead, or alive, on a boat. So for me, a lot of that went way over my head.

But the story is well written and the characters were clearly defined. I had a little trouble after a bit keeping some character names straight. It felt like quite a few more were popping up as I read along. This novel is the third or fourth in the series, I believe, so its possible some of the names were from previous stories. But rest assured, this CAN be read as a stand-alone without difficulty .

I would highly recommend this story for anyone looking for a good romance with an ending that’ll make you laugh out loud. (At least, it did for me.)

An excellent and interesting read

Format: Kindle EditionVerified Purchase
What can I say, I love romance and fishing so this was a joy to read. The story takes place in Homer, one of the fishing communities in Alaska, where drama and other shady things occur onboard the Valley Girl. Aly is captain of the ship for the owner Tore, whom oddly enough broke his leg in deck. He suspects foul play and that someone wants him out of the picture. Poachers are harassing the small business of fishing vessels, but the Valley Girl is a prime target for sabotage. This story has me “hooked” from the beginning, yes I went there! This story has plenty of mystery and drama that will keep you guessing. I highly recommend this one!