Katherine Chastain has been running from her past for ten very long years. She is a woman who has been hiding from the nightmare that stalks her. Desperate and sick of jumping at every shadow, she stumbles into the small town Police Department in yet another town where she lives – desperate for help. Desperate to know that she isn’t insane like everyone seems to believe.

She wasn’t prepared for the force of nature that answers her call.

Detective Cole McKenzie was the playboy of the precinct. With movie star good looks and a body just made for sin; he never had a cold bed – but when Katherine walks into his office in search of salvation, he is nearly knocked to his knees.

There is something about her that he just can’t shake. Her haunted emerald eyes burn him to his very soul, and he finds that he wants nothing more than to help her stop the nightmare that has become her life.

Can Cole protect her from someone who is like a phantom? Someone who has been stalking and terrorizing her for most of her life? Can he fight the desire that wells up inside him with just a simple look from this amazing woman? Or will she be his end?

Can these two fight the attraction that snaps and crackles around them as danger lurks in the shadows?

Take a breath and join this thrilling ride! Edge of your seat thrills!!!

Roxie’s Ferguson /Roxie’s Romance Reviews5.0 out of 5 stars“They got the wrong Stalker!”

June 16, 2015Format: Kindle EditionVerified PurchaseThe story line of this book is so compelling!. The characters are amazing!. You have a sweet young woman who has been in fear most of her life. When Katherine aka Katie was only sixteen she her life was turned up side down by a dangerous Stalker. The Stalker even killed her Mom. The cops found a young man at the scene of the crime and thought he was the one. Katherine tried to tell the cops they had the wrong guy but no one would listen. Now years later things are starting up again. Katie contacted the Detective who was on the case when her Mother was killed. He told her to contact Detective Cole McKenzie. When she goes to see Detective McKenzie she is sure he will think she is crazy. The first moment Cole sees Katie he is very attracted to her. At first he does think she is crazy till he starts checking into her case more fully and talks to her again. You will fall in love with Cole! lol. This book is so suspenseful it will have you jumping at any odd noises lol. The action and steamy romance is amazing!. I highly recommend this book!.

Caught my attention from page 1–one brave mermaid saves a stranger from certain death and sparks fly. one of the authors best novellas!

AVAILABLE IN PAPERBACK FOR ONLY $7 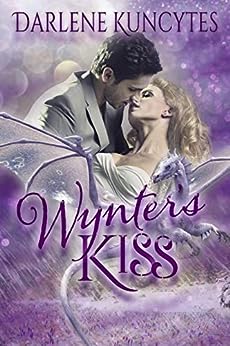 Wynter Clarke has been on her own for most of her life; having a hippie for a mother can do that to a girl, but she hasn’t let that keep her down. If no one was going to tell her what it meant to be an earth witch, then she was darn well going to figure it out for herself, and so far she’s been doing just fine!
Except for being unable to make her spells work all the time, not to mention the indecipherable spell book that she’s learning from, and the wolf-shifter who wont leave her alone…but otherwise, she’s fine.

Maddox Westbrook, on the other hand, knows exactly what it means to be a dragon. He was born to it, and he has enjoyed the power of his second form, and the power that’s evoked in all the women he’s had the pleasure of sharing company with. Until his mother and the clan seeress say it’s time to settle down. The only thing to do then is to escape to his cabin and hope their prophecy doesn’t come true.

When Wynter decides to go for a hike in the woods, she never expects to fall head-over-heels, literally, for the dragon who comes to rescue her from her near death experience. Only problem is, she can’t quite remember who she is, or why she was in the woods in the first place. But helping her to figure it all out seems like the right thing to do for Mads, and the little witch’s otherworldly beauty doesn’t hurt either.

But there’s a wolf-moon on the rise, and if Wynter can’t remember who she is in time, it just might mean the end of the silver dragon flying high.

Can Maddox help his earth witch find her true power in the face of her deadly admirer, or will they part after sharing Wynter’s Kiss?

From best-selling author Darlene Kuncytes comes a fast-paced, quick-witted paranormal romance that will have you falling in love!
Soar with the dragons and lose your heart!

Format: Kindle EditionVerified Purchase
Darlene Kuncytes does it again. Entering the realms of witches, dragons and werewolves. The storyline is different from anything I have ever read. The backstory of Wynter is sad but not too heavy. The werewolf is an idiot and Maddox is the hot hero dragon. I won’t spoil anything but you will thank Maddox and cheer on Wynter. I definitely recommend this book.