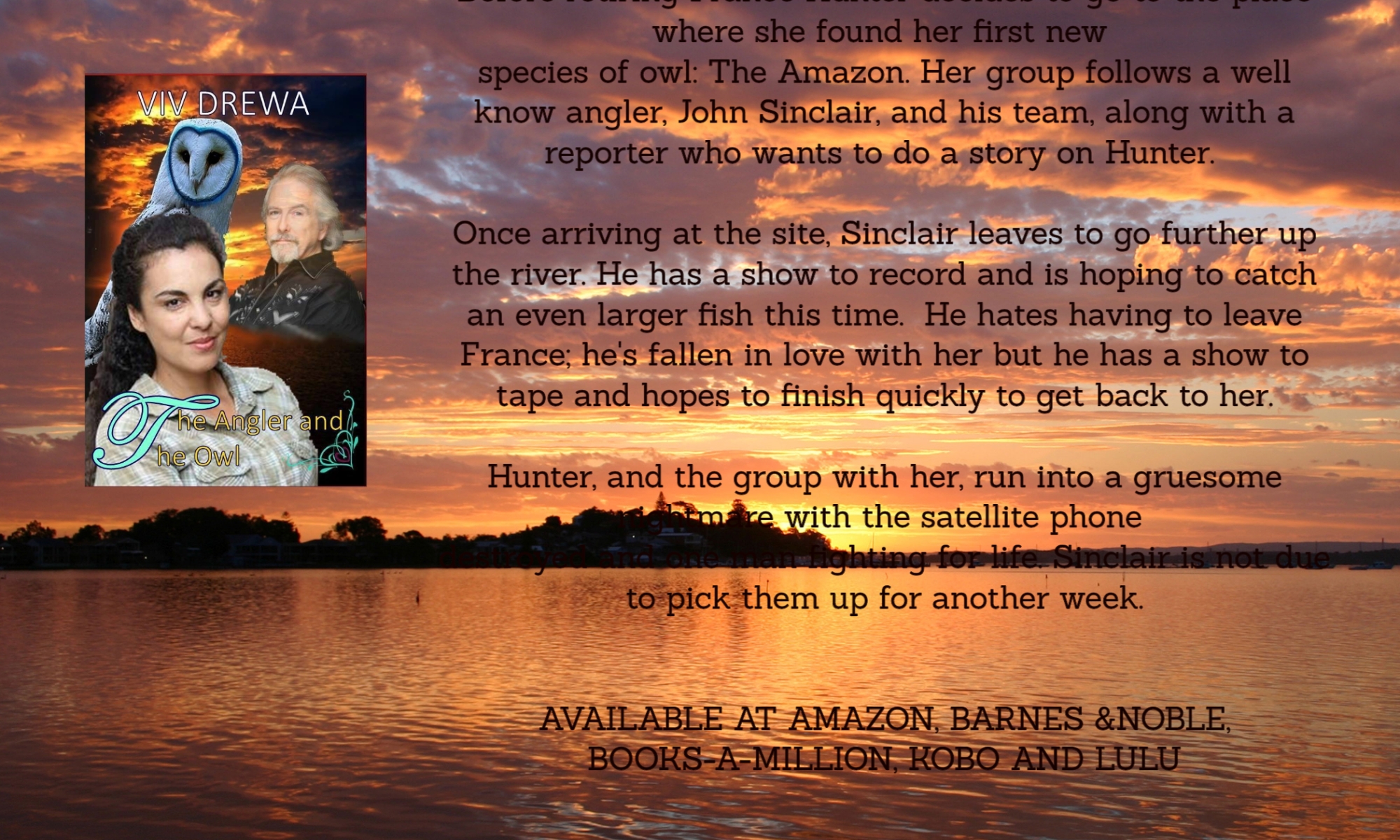 The dismembered body of a young woman is found, each grisly part discovered separately by a member of the community. Detectives Joe Leverette and Philip Marsden are assigned the case, but the outlook is grim, with eerie dreams and hooting owls putting their witnesses on edge.
When Carole Sage joins the team, the police are eager to use her gift of ‘second sight’ to gain an advantage. Will the young sensitive help crack the case, or will she become the murderer’s next victim?

Martin and Clare Montgomery worked together as an archaeological team until Martin mysteriously died. Fearing the rumors of a curse Clare vowed to never return that was until a rare blue eyes owl began to haunt her dreams. Was this a sign from her beloved Martin or something more sinister?

The Owl of the Sipan Lord by Viv Drewa is an action-packed adventure novel centered on the exploits of Clare Montgomery, a widowed 52-year-old archaeologist. She goes on a vision quest to Peru along with Cord Willoughby, intent on discovering the secrets of La Senora de Cao. The mysterious death of Hans Windmueller leaves little doubt as to the presence of evil spirits along the trail. Upon arrival in El Brujo, they find themselves delving headlong into a web of mystery, intrigue, and murder. It takes them to the ancient Temple of the Moon, where they enlist the aid of the Lord of Sipan, Cantunta. They find that his daughter Adelgonda awaits in the land of the dead, and only by overcoming the evil goddess can they rid the land of the curse of Cao.

The author develops her tale with artistic flair, bringing us into the storyline with authentic narratives of Peruvian society and culture. There is also the midlife element portrayed by Clare’s affair with Cord, leading to the possibility of a pregnancy that serves as a highly unexpected distraction. Yet the dream sequences force the reader to keep their eye on the ball as her visions reveal the imminent danger awaiting them. The theme of betrayal resonates throughout the novel as Adelgonda endangers not only the lives of her parents but her entire clan as her death cult endures. It brings us to a dramatic conclusion as Clare and Cord are brought face-to-face with the ancient demons in a final showdown.

For action/adventure fans as well as sorcery buffs, The Owl of the Sipan Lord by Viv Drewa is a worthy addition to your collection. 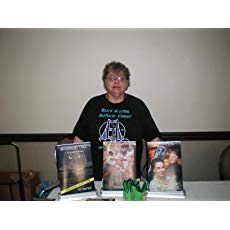 Click here to vote for the cover
for “Midnight Owl” 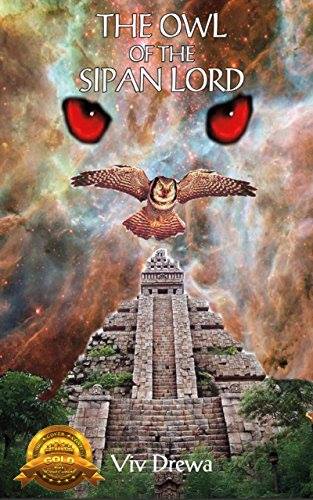 WHAT ONE READER SAID ABOUT THE OWL OF THE SIPAN LORD! 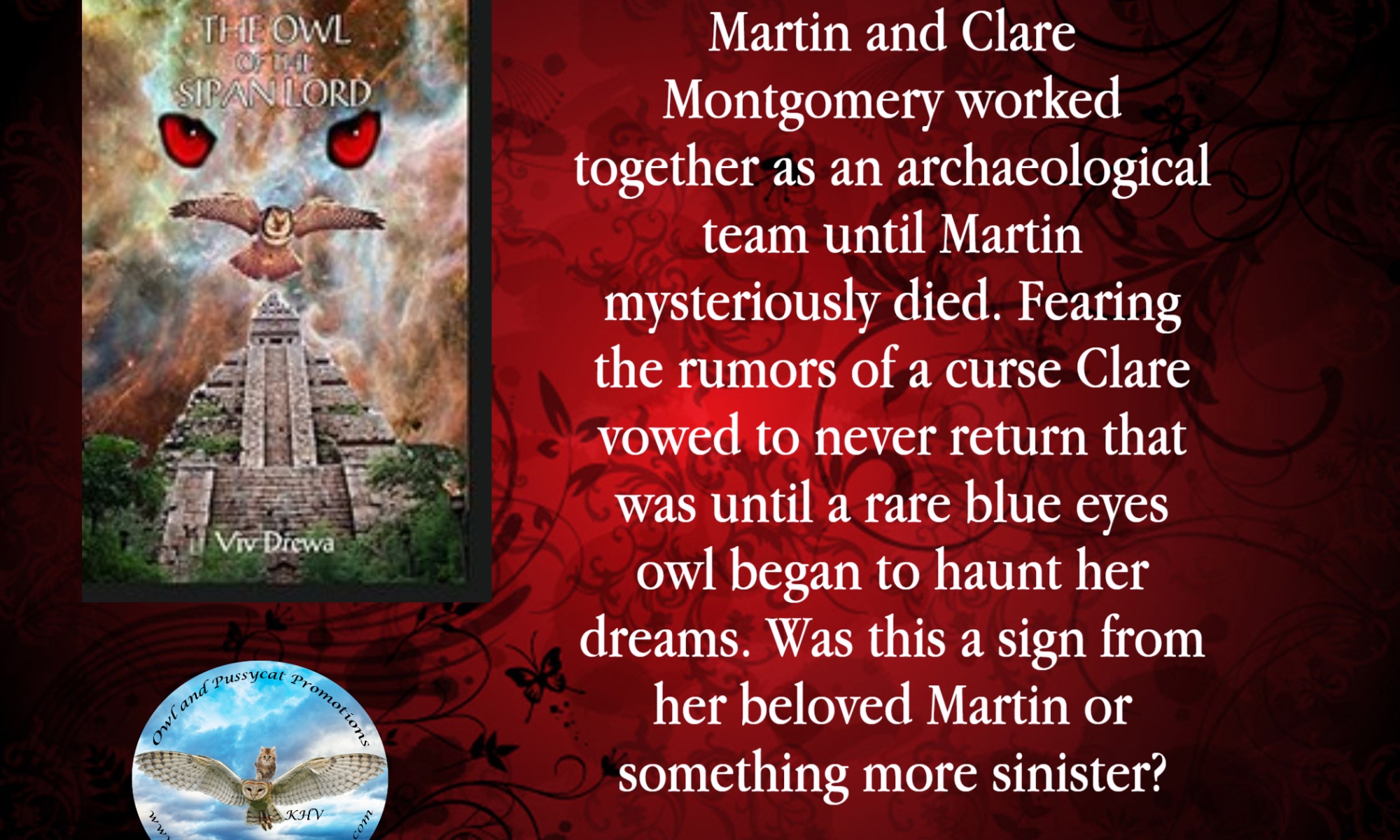 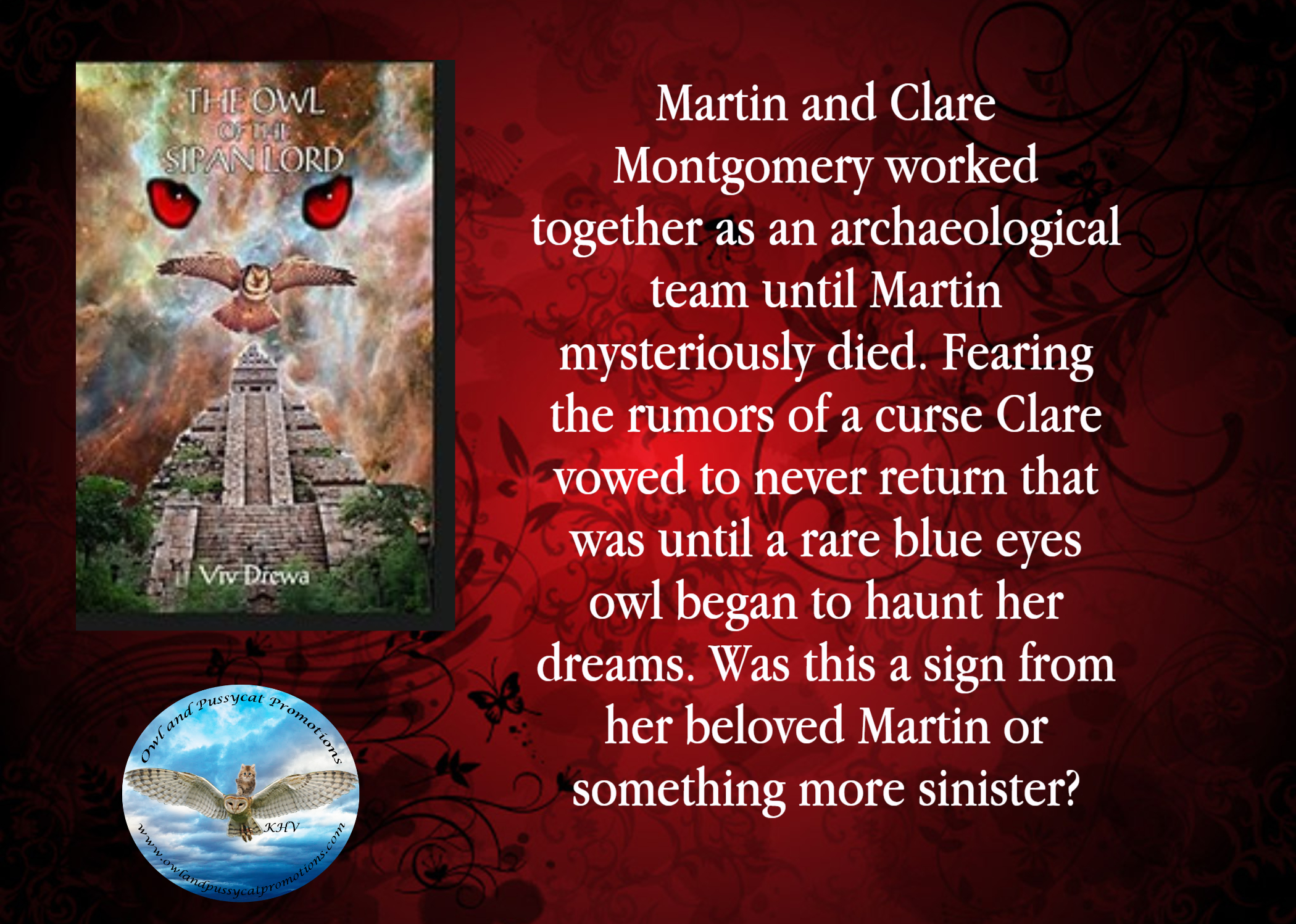 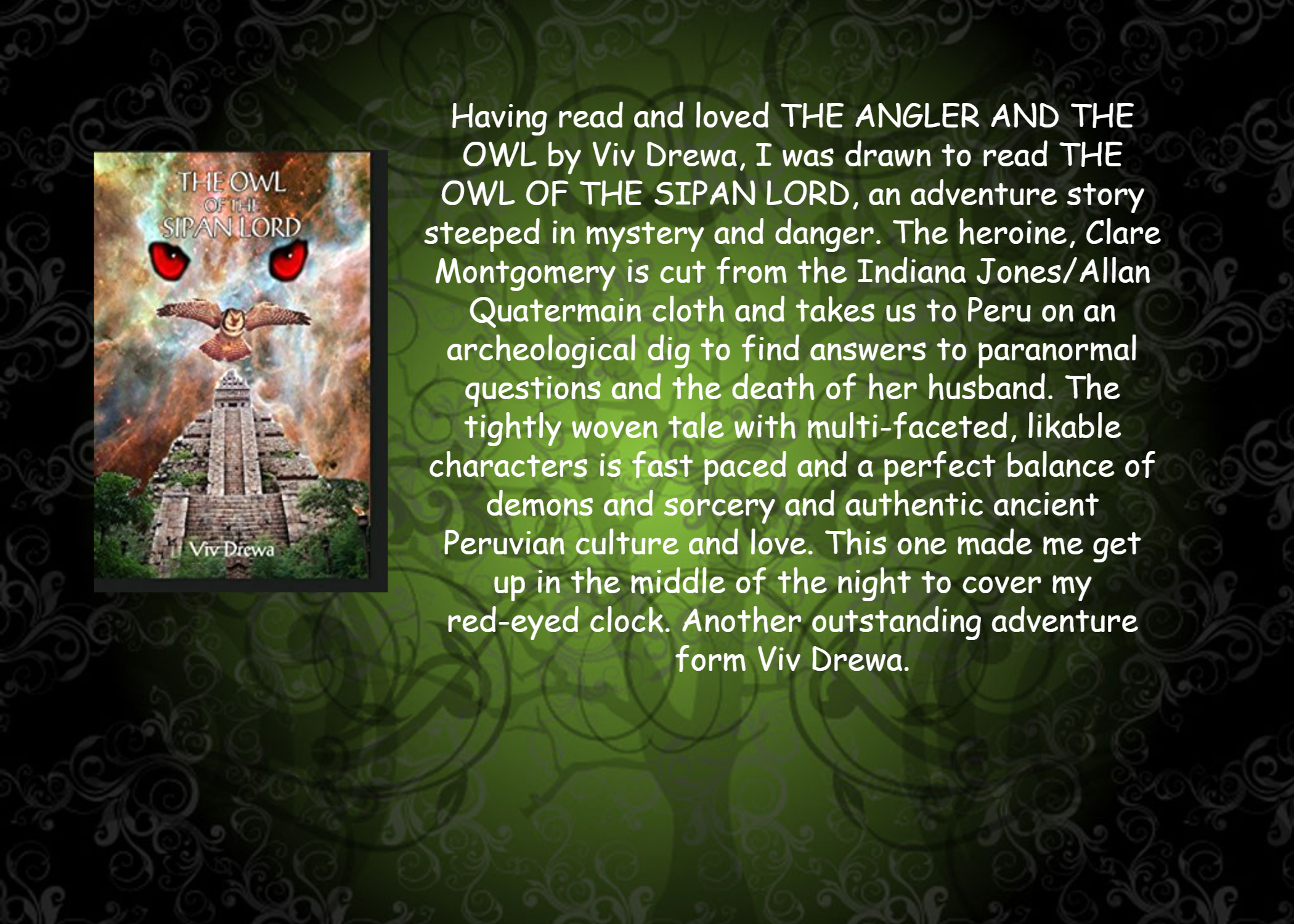 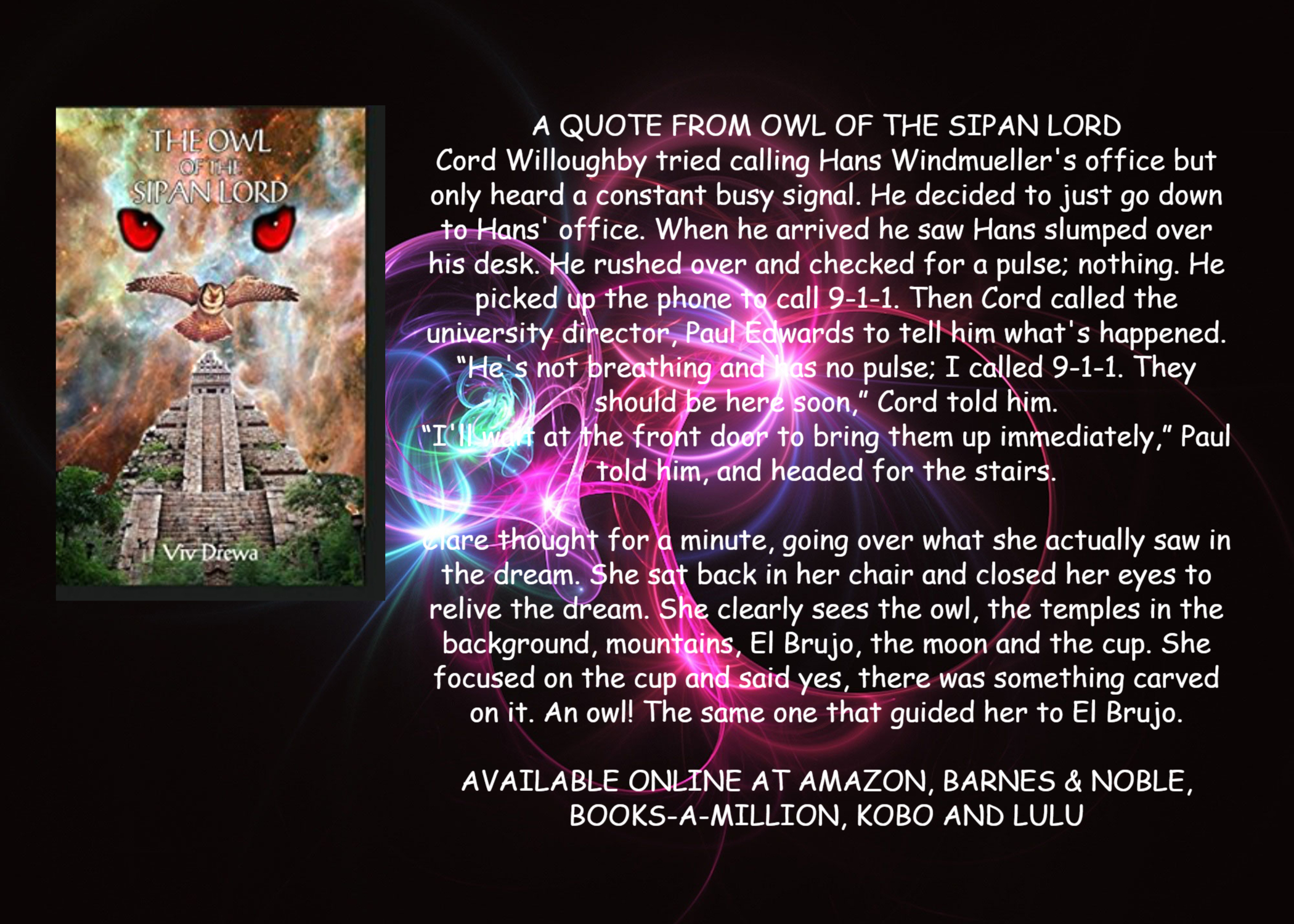 A RAVE REVIEW FOR THE ANGLER AND THE OWL

FRANCE RECALLS A BEAR ATTACK AND HOW SHE MET DOC! 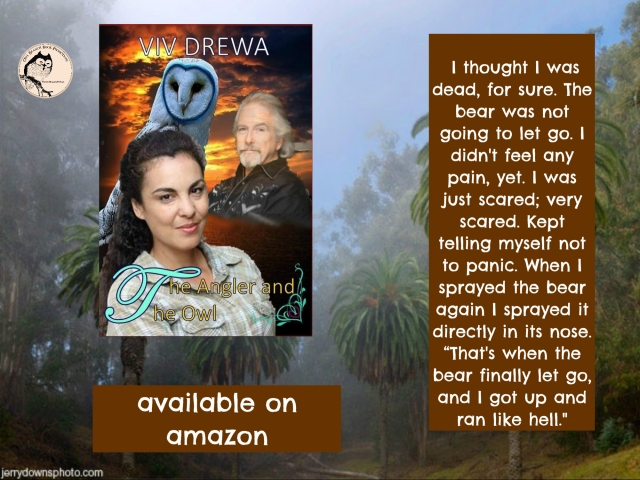 WHERE TO BUY THE ANGLER AND THE OWL BY VIV DREWA!