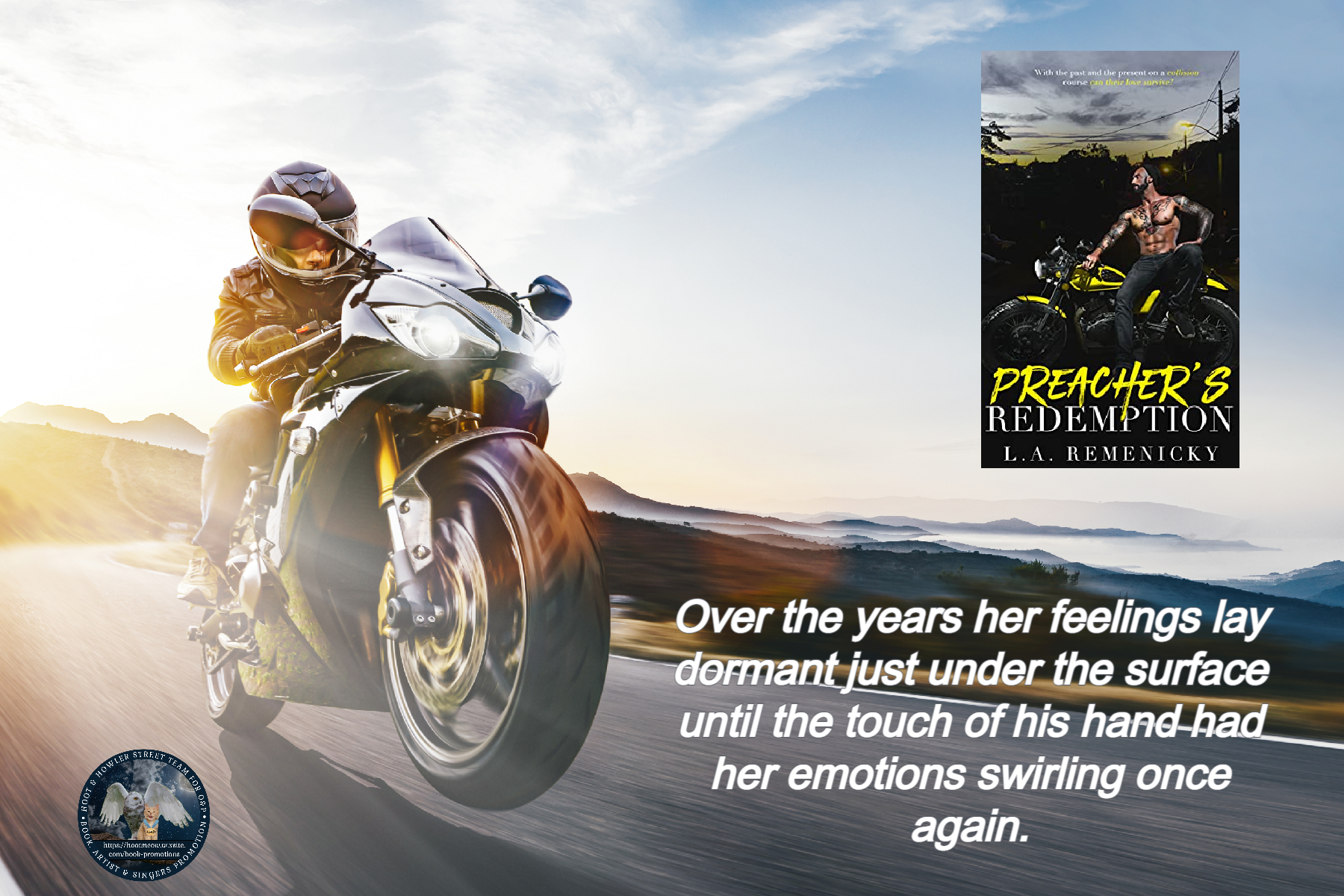 Previously published in the Sacrifice For Love Anthology

Crystal Jennings returned to Forest Springs with a secret, well, two secrets.
Secret one – she was pregnant with her ex’s baby.

Secret two – she had the proof that could bring her ex down for good.

Laying low in her hometown, she only wanted to stay long enough to plan her next move. Until her old flame, now known by the name Preacher, discovered her secrets and insisted she stays in town under his protection.

The years had changed the young rebel she knew into a brooding father of a young girl who now favored leather jackets and motorcycles. Close-mouthed about his past, he had built a life revolving around his daughter and the diner he co-owned. Back in the day, he’d pushed her away just as he pushed her away now.

Over the years her feelings lay dormant just under the surface until the touch of his hand had her emotions swirling once again. Should she stay and see where those feelings led or leave them behind forever to protect herself and her unborn baby?

One Reply to “Should she stay and see where those feelings led or leave them behind forever to protect herself and her unborn baby? – Preacher’s Revenge by L.A. Remenicky”