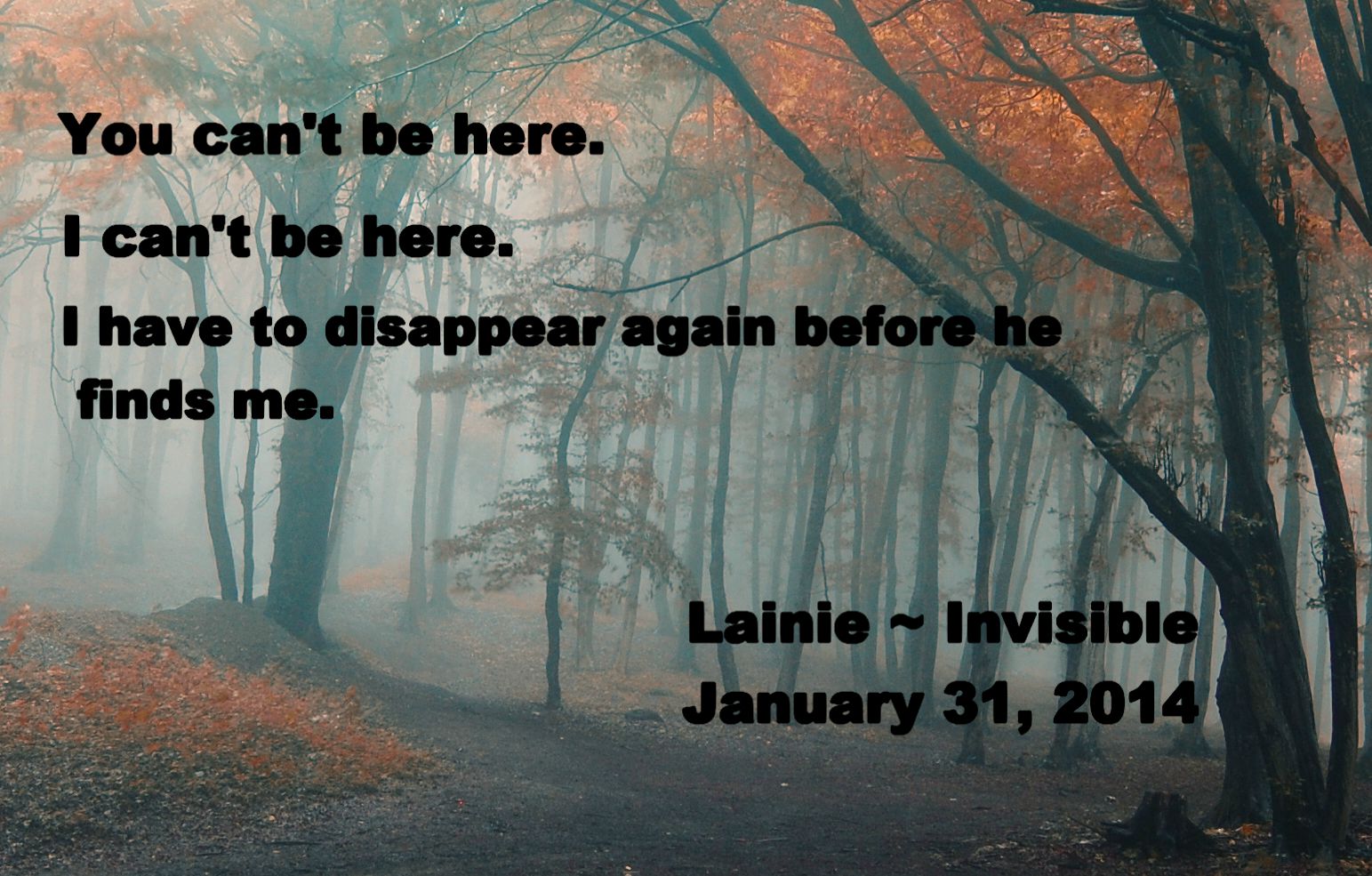 They found each other. Then the killer found them. Detective Jackson “Jax” McKenna walks into a psychologist’s office and finds that the doctor bears a striking resemblance to his first love, Lainie, who disappeared ten years ago after their disastrous first date ended in violence. Dr. Elizabeth Parker is really Elaine Wilson, Jax’s Lainie. She’s been in hiding since the night that changed both their lives. Jax discovers the truth when the killer lets Lainie know he’s found her. When Jax and Lainie go on the run to keep Lainie safe, old feelings resurface as the killer threatens their lives. Can Jax save Lainie and help her stay Invisible?

Can Jax save her

I’ve read a few books by L.A.Remenicky and I must say that I’ve thoroughly enjoyed them all. Ms. Remenicky has given us another great story that will suck you in and keep you there from start to finish and then leave you wanting more from this author. Ms.Remenicky has written characters that feel so real that as you read about them you start to feel their pain, and at the same time, you can feel the love that they have for each other. Invisible is Elaine and Jax’s touching story. They both know each other from high school, Elaine is asked to tutor Jax in Geometry, but when he asked her to go out she was so frilled about it. But then she comes home after the date an incident happened with her stepfather Keith, he started to lay into her and poor Elaine ends up being beaten with a baseball bat. And she ends up in the hospital, while Keith is arrested. But when she is released from the hospital she decides that she must disappear, so she changes her name and starts to hide away because she knows Keith will come after her. It’s been 10 years now and poor Elaine is still hiding away, and Jax has joined the police force now. But then one day he’s shot and ends up having to go to a therapist, and to his surprise, the therapist turns out to be Elaine. But soon Elaine finds out that Keith has been released from jail and in no time she knows she must move on. So she and Jax leave to hide out again. Will Keith fine her and Jax, and can Jax protect her from her stepfather for once and for all? This is a touching second chance romance, that has some suspense in the mix of it. I could tell you more about this touching story but that would spoil it for you. I highly recommend that you read this touching story you won’t be disappointed.

One Reply to ““I highly recommend that you read this touching story you won’t be disappointed.” – Invisible by L.A. Remenicky”