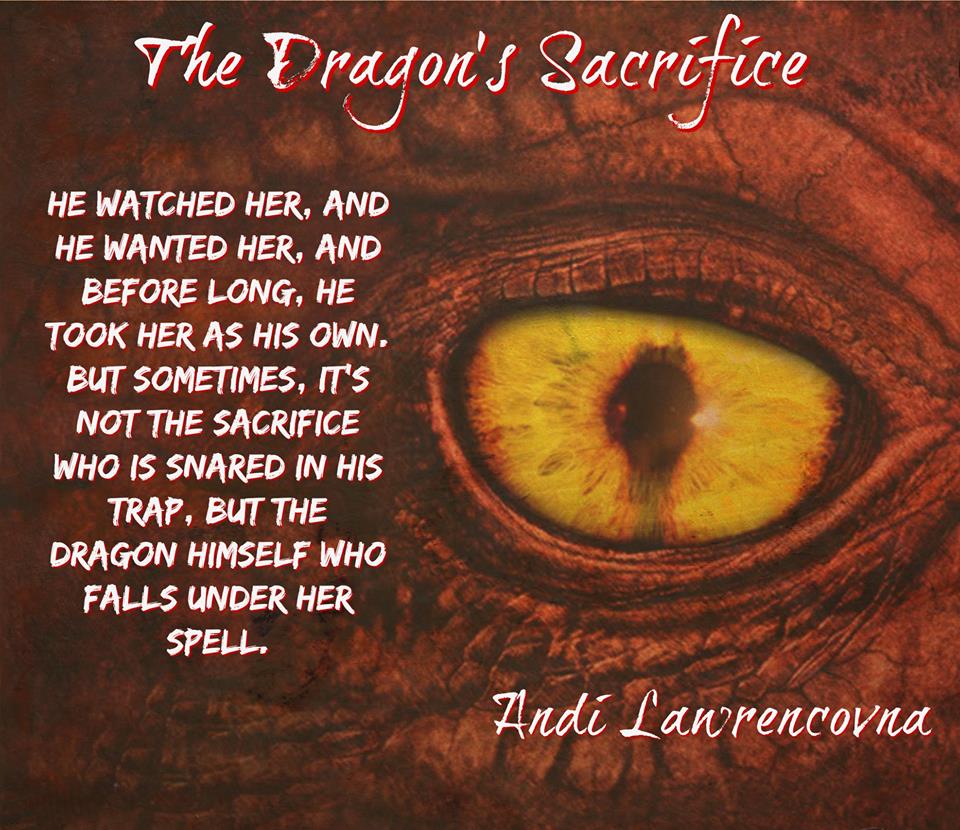 No one knows what came first, man or dragon, but throughout history, man feared the great fire-breathing beast, terrified of its breath and its claws. Man ran long and far from the winged serpent until he came to a land rich and fertile, green where the dragon’s lands were blackened with the ash of its fire. The dragon didn’t follow. Until now. She was out picking fruits to see her people through the winter months, innocent in her adventuring, never expecting to come upon a beast in the woods, one so great and mighty he was more myth than reality. He frightened her, and in her fall, he saved her life. Why would a creature, reported to be the very basest of evils in the world, stop to save the life of a girl he didn’t know? Couldn’t care about? How could she not return the favor when his life came into question by her people? Ciandra, Daughter of the Darkness, Elf of the Forest.Trinigon FyreBreath, the Great Red Dragon. A forbidden affair that could cost them their lives, but how can they say no when the Dragon’s Sacrifice has no fear of the flames?

Her writing style is poetic and beautiful! I was hooked from the start and could …

Wow! This lady can write! Ms. Lawrencovna spins a tale that takes you to places you have only ever dreamed of! Her writing style is poetic and beautiful! I was hooked from the start and could not put it down. I can’t wait to travel through the Neverlands again and again! Great read!

One Reply to ““Her writing style is poetic and beautiful! I was hooked from the start and could not put it down.” – The Dragon’s Sacrifice: A Breath of Fyre Novel (The Never Lands Saga) by Andi Lawrencovna”