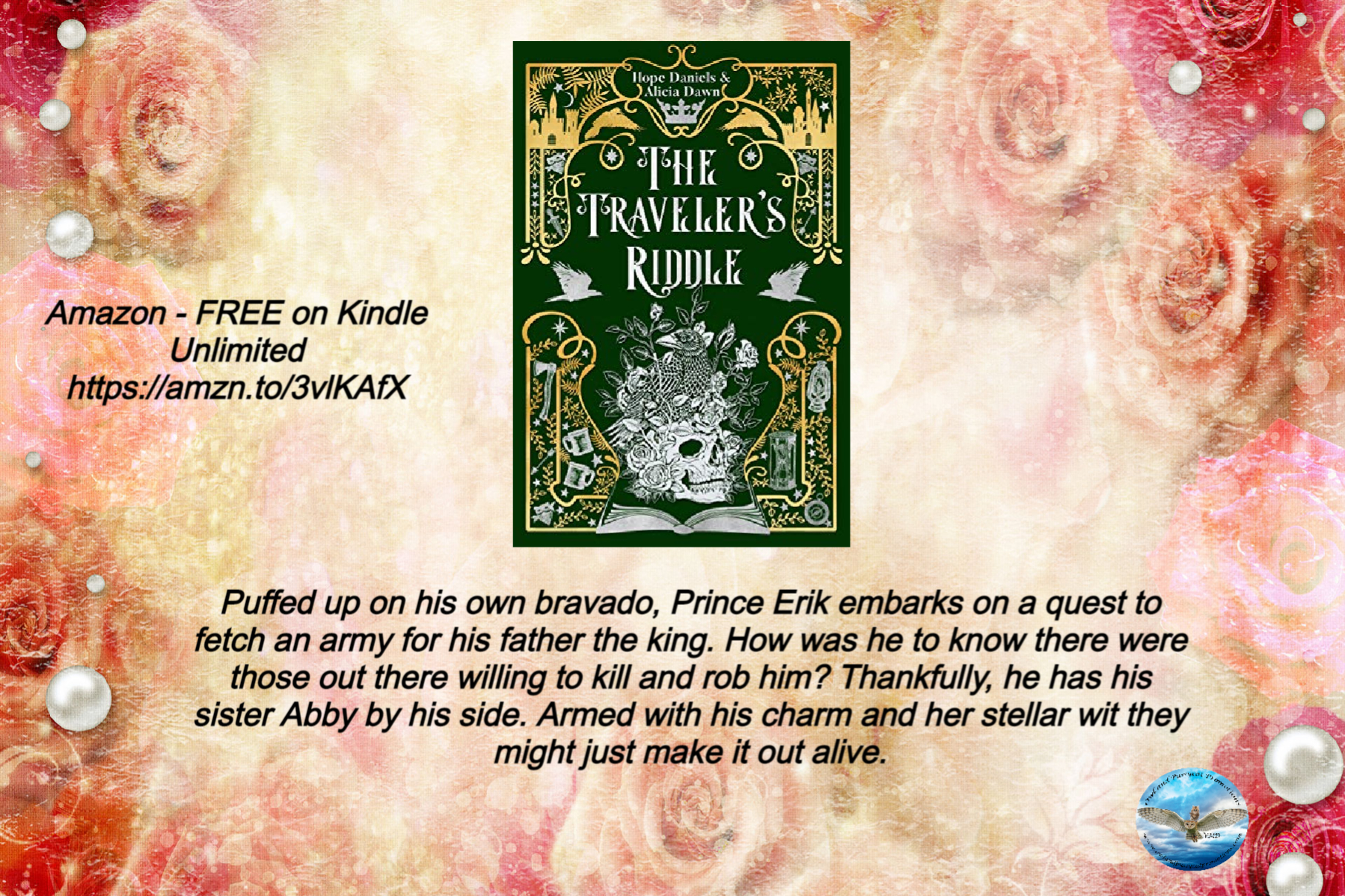 There once lived a princess and prince,
with magic powerful and grand.
with exalted titles and alluring wiles,
they were hunted by many across the land.

Puffed up on his own bravado, Prince Erik embarks on a quest to fetch an army for his father the king. How was he to know there were those out there willing to kill and rob him? Thankfully, he has his sister Abby by his side. Armed with his charm and her stellar wit they might just make it out alive.

Yet when they arrive at the neighboring King’s castle, the royal ropes Erik into an ultimatum that could snatch away his freedom. In a last-ditch effort to save her brother, Abby poses a riddle. One answer will bind Erik to the neighboring kingdom for all eternity, the other will grant them the sought-after army.

Is Abby’s magic cunning enough to outsmart their enemy? Or will her brother pay the price for her failure?

This is a fun, light-hearted, and quick read. Prince Erik is sent out on a quest to a neighboring kingdom to fetch an army. His page is supposed to accompany him but his sister, Abby, feels trouble looming over them. She tricks everyone and poses as Erik’s page and she goes on the journey with him. Good thing too because Abby is one cunning cookie! They are constantly bickering back and forth as siblings do but I definitely don’t think Erick would have made it out of this one alive if not for his wonder younger sister. LOL! I do hope that this series continues as I would like to continue following their sibling antics and see what other trouble they get in, or out, of.

One Reply to ““…I definitely don’t think Erick would have made it out of this one alive if not for his wonder younger sister. LOL!” – The Traveler’s Riddle (Wayward Island Book 1)  by Hope Daniels & Alicia Dawn”