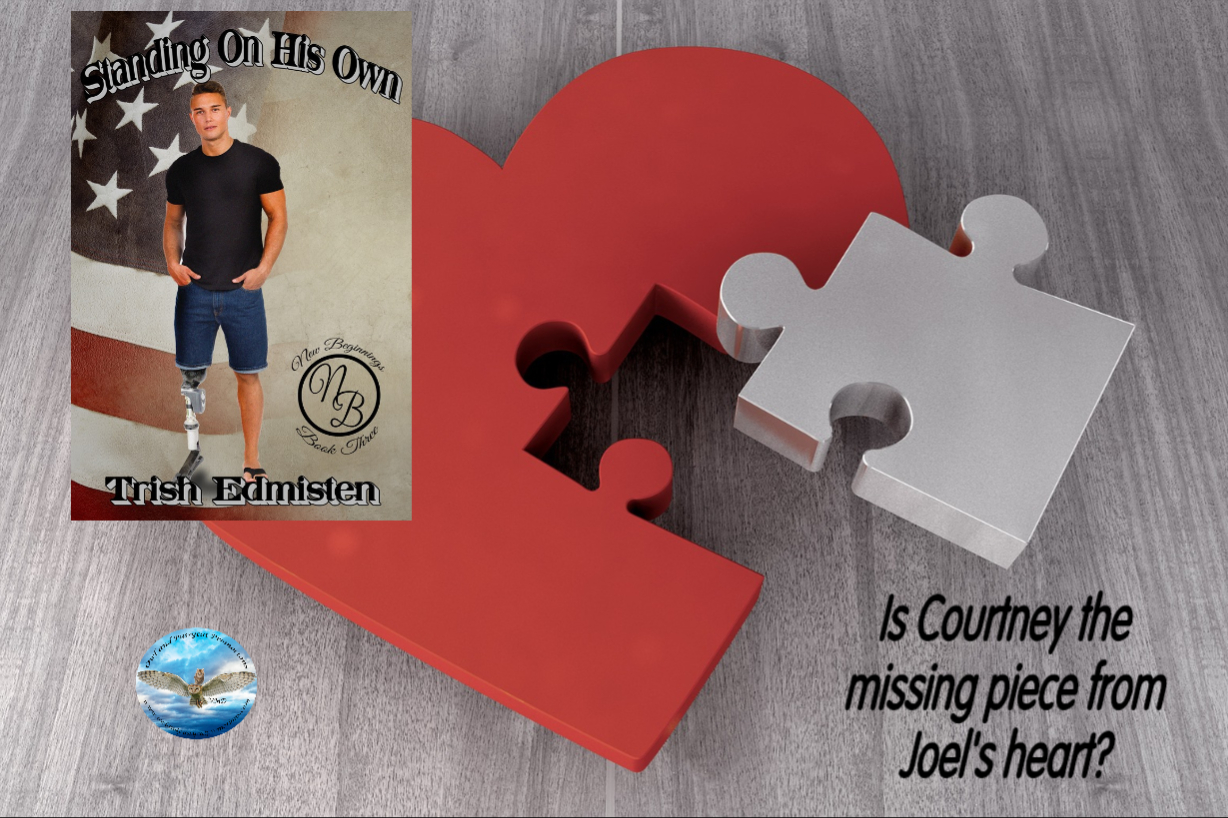 When his best friend decided to join the Army after high school graduation, there was no question Joel would join too. Best friends since kindergarten, the two of them did everything together, and this was no different. A routine mission changed their lives forever. Slade ended up paralyzed while Joel lost his leg. Joel never expected to live with one leg, but he wasn’t going to let it break him. Like he did with everything else, he adapted, and he accepted that he was never going to find love. Women might want to sleep with a war hero, but they sure as hell don’t want to live with and take care of one. That theory proves true until Courtney comes along. Beautiful, independent Courtney with her wicked sense of humor is the perfect woman for Joel. All he has to do is trust her enough to accept that he doesn’t have to stand on his own anymore.

Edmisten has a wonderful gift!

I love how Trish Edmisten brings her characters to life and puts them in realistic situations. This is the second book I’ve read by her.
Joel is self-conscience about his missing leg, but his best friend, Slade, is paralyzed and will spend the rest of his life in a wheelchair. They joke and tease each other but when the PTSD hits they’re there for each other.
Then Joel meets Courtney and finds he’s falling in love but has his reservations.
I couldn’t put this marvelous book down!
I highly recommend Standing on His Own!