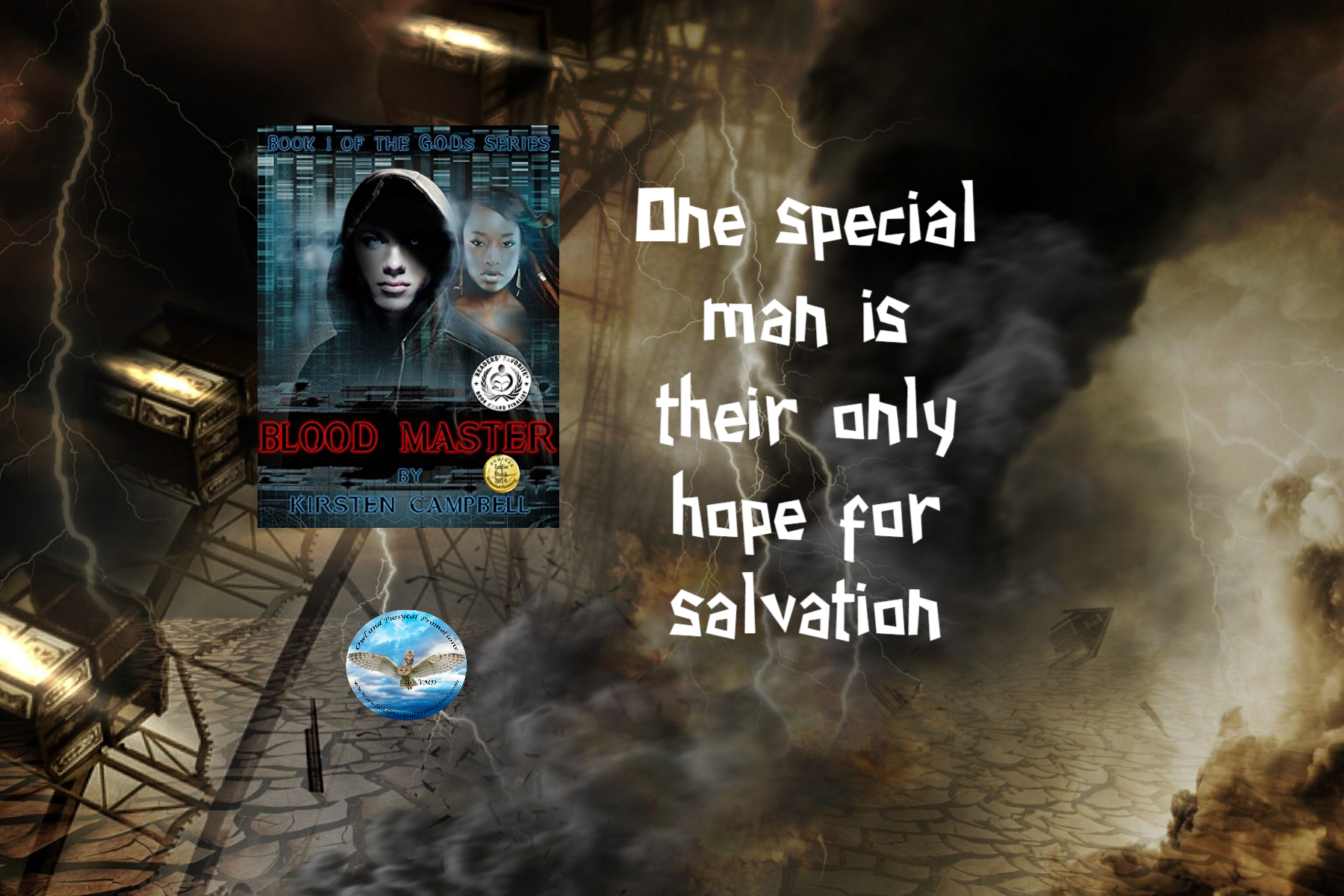 #dystopian #bestseller #bookboosterIt’s 2052 and Earth has lost two-thirds of its population to the Great War. Many more lives were lost to earthquakes, the Clover Virus, and the Death Plague. Years later, survivors were clumped into factions. Two of the factions, the Guild and the Brotherhood, have fought over medical supplies and food for years. The fight is coming to a head as manpower dwindles, and the struggle becomes one to gain numbers, even if said numbers are children…
Griffin Storm is hiding out in Underground Atlanta. He’s an albino man that can manipulate glass and crystal, and he uses his special abilities to raid warehouses and old buildings for food and supplies for the abandoned children that live underground. During a raid, he meets Tassta Vinetti, a resident of the Brotherhood fortress. He is taken to the fortress and chaos ensues as Tassta, her twin brother Penn, and her uncle, try to keep their new visitor and his untold powers a secret.
Griffin is the only survivor of the Guild’s deadly experiments, and they hunt for him because his survival will have dynamic consequences on the world. The Guild believes that Griffin will transform into a G.O.D., a genetically enhanced Omni-dimensional being with limitless abilities.
Will Griffin transform into a G.O.D.? Will he save the children of the Underground from their tragic life? Only time will tell…

And Tassta realizes she is falling in love with him

In Blood Master by Kirsten Campbell, Atlanta has been completely leveled by an earthquake, rendering Underground Atlanta a refugee shelter. The displaced people who have survived the devastation of the earthquakes, the Death Plague, and the Clover Virus are forced to forage for supplies. Tassta and her brother Penn are on a raid to locate supplies for the Brotherhood Fortress, a unit of resistance against the cruel Guild Faction when they encounter Griffin Storm. Griffin is the only known albino left, all the others having died in the Guild Faction’s experiments. As they take Griffin in (he was injured in the raid), they come to realize that he may be the one prophesized to defeat the Guild Faction. And Tassta realizes she is falling in love with him. Griffin is torn between staying at the Brotherhood Fortress with Tassta or returning to the Underground to the children in his care and his best friend, Waylene. Things become more complicated when Griffin begins to undergo a ‘transformation.’Ms. Campbell’s ability to develop characters is incredible. She makes you want to pull the characters out of the book and talk with them. Griffin is without a doubt the single most sympathetic character I have ever encountered in a novel. He goes through all kinds of hell, including a “dipping” experiment at the Guild Faction and the Death Plague. The poor guy just wants a regular life! Is that too much to ask for? And just when you think things might finally start to settle down for him, he starts to “transform.” Why, oh why, can’t he just have a normal life with the woman he loves? He has certainly earned it. The reader will root for Griffin and Tassta the whole way, and can’t help but hope things turn out well for them.This book also has a completely satisfying ending that makes you want to read the next book, which I will get to very soon! I will never be able to go to Atlanta again without thinking of Griffin and Tassta.

One Reply to ““Ms. Campbell’s ability to develop characters is incredible.” – Blood Master (Book 1 of the G.O.D.S Series) by Kirsten Campbell”