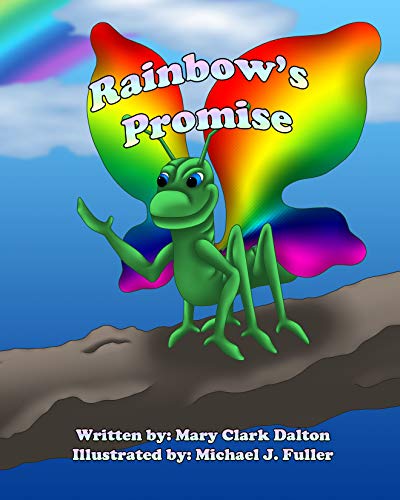 Being the last caterpillar in his class to receive his wings causes poor Rainbow’s classmates to tease him. He dreams of having beautiful colors and flying with his friends. But his mom tells him to be patient and look for things that only a caterpillar can do. Follow Rainbow along on this adventure in Rainbow’s Promise.

A strategy for contentment and fulfillment

It’s not fun to be teased because you are “less” than others, and it’s not fun to wait for things to get better, either. But Rainbow doesn’t just wait; he learns. With courage, compassion and ingenuity, he reaches out to those whose predicaments are worse than his own. Then, with his eyes finally off himself, he discovers that the promise made to him has finally come true. What a lesson for children who are disappointed with their current situation, abilities, or achievements! Rainbow did what he could when he could, following his mom’s advice and using his time wisely until he “graduated.” Mary Dalton has presented a strategy for contentment and fulfillment for all of us.

One Reply to ““It’s not fun to be teased because you are “less” than others, and it’s not fun to wait for things to get better, either.” – Rainbow’s Promise by Mary Clark Dalton”