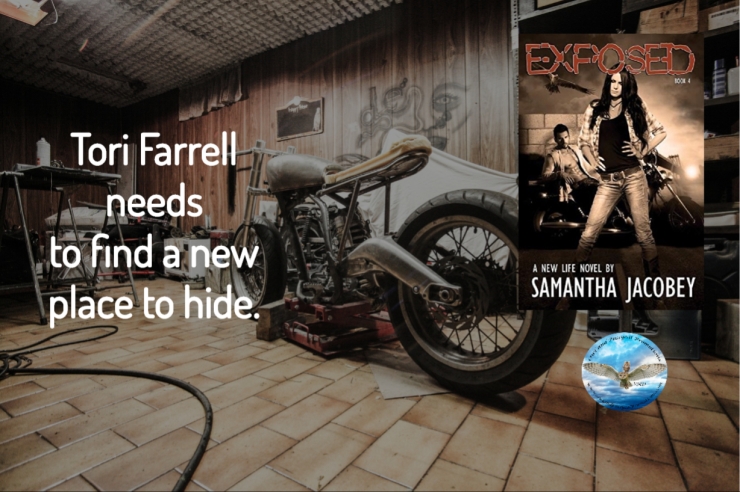 A New Life Series is an epic adventure. TORI FARRELL’s life IS one wild story… escaped from a biker gang and running from drug lords… used by the FBI and hoping to protect her present from her past… IT’S DARK – IT’S BRUTAL, and it’s WORTH EVERY MINUTE OF IT!! (Mature read, 18+ for graphic sexual content and violence, including rape)

Tammy PayneTori is Exposed !!!!!!!!!Tori and Michael are off with the FBI who showed up at their little place out in Texas. What did they want with Tori this time? Well so much transpires in this book. We are finding out even more about Tori and her very horrible past. As you remember back in book 3 we read as Tori got married to Michael who is the brother of Henry the man in the gang The Dragons who was determined to save Tori although he lost his life that did not stop him from trying. Michael was the security for a band. Brian was the leader of that Band and for some reason he never liked Tori. Well we learn that Brian has more in common with Tori then just music. WOW, shocker there.While Tori takes off to deal with yet another gang and The Organization and Michael is off to protect The Band yet again.Unfortunately thanks to the FBI and whatever it is they are up to Tori is not out of this yet. She is yet again torn away from a somewhat normal life finally and thrown right back into the Gang life she has tried to get away from.Tori may have killed all the members of The Dragons but now she is thrown into another gang. We follow her through so much turmoil. Brett the leader of the motorcycle gang has now told Tori a lot about her sorted past.What’s in store for Tori now? Life just doesn’t want to be good to her that’s for sure.
But just like all the previous books. Tori is one very tough woman and in Exposed she is no less than a strong woman.Kudo’s again Samantha Jacobey. This book kept me reading and I want more !!!

One Reply to ““Life just doesn’t want to be good to her that’s for sure.” – Exposed (A New Life Book 4) by Samantha Jacobey”