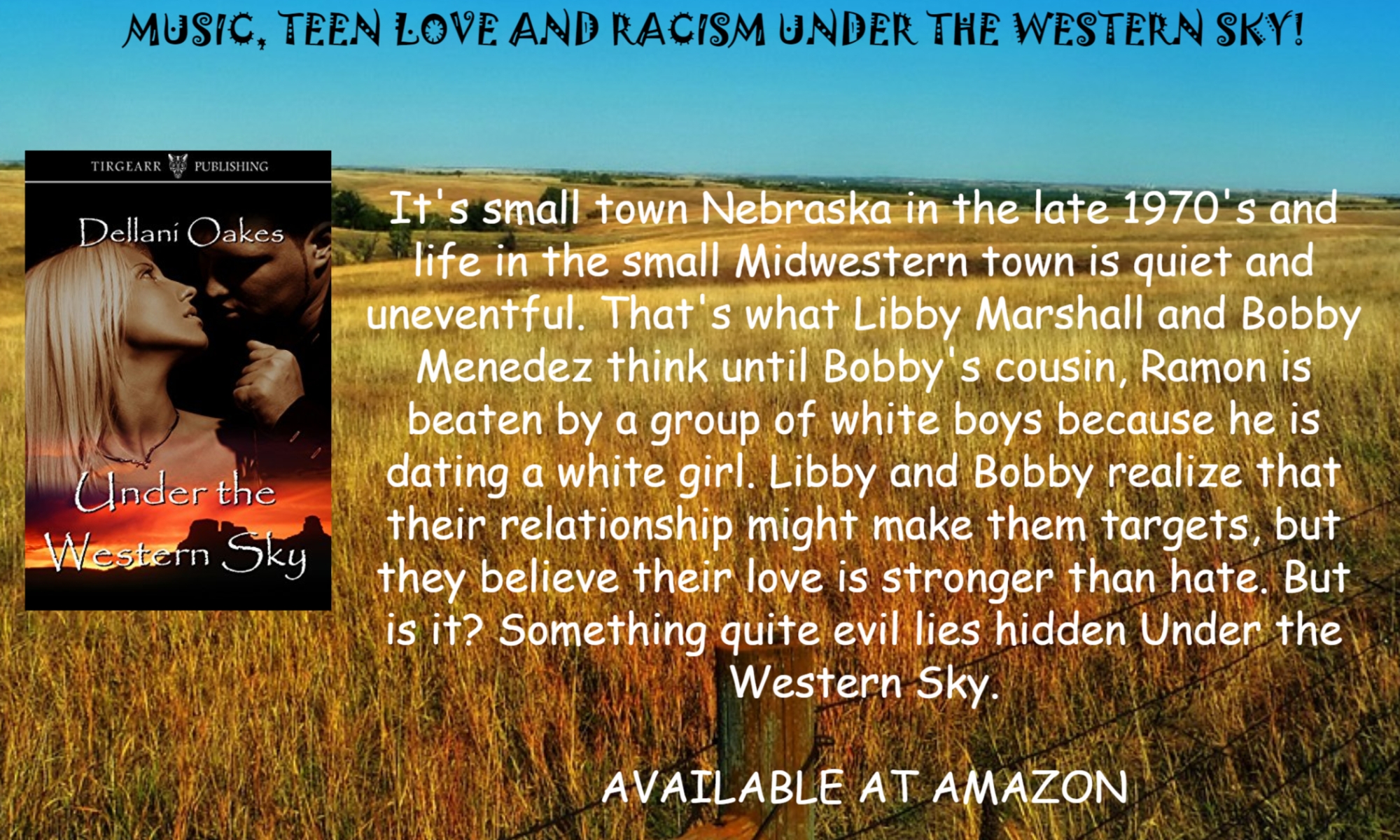 Dellani rocks 70s romanceReviewed in the United States on June 29, 2013Verified PurchaseUNDER THE WESTERN SKY BY DELLANI OAKES
1976 NEBRASKA
Meet Bobby, Libby, Danny and Toni along with their various relatives, and some FBI agents trying to wipe out a white supremist group waging war on the country. Back then racial unrest against natives and Mexican immigrants was running rampant which would make it ripe for such a takeover. The story pits friend against friend and the community against itself. Good should prevail over such evil but will it? Keep reading and find out.
Ms. Oakes also handles teen romance and sexual responsibility even though the hormones are running wild. This makes the love story between Bobby and Libby even sweeter. The racial discontent is handled well and woven into the story which makes it intriguing when the FBI and the townspeople fight back.
There is something in it for everyone and a fast paced and exciting read. I like the references to the music of that time. Under the western sky also handles war and heroism along with military pride as the characters deal with loss of spouses and fathers after the war.
I would give this novel five stars for a great read. I found it hard to put down as Ms. Oakes rocked the story.