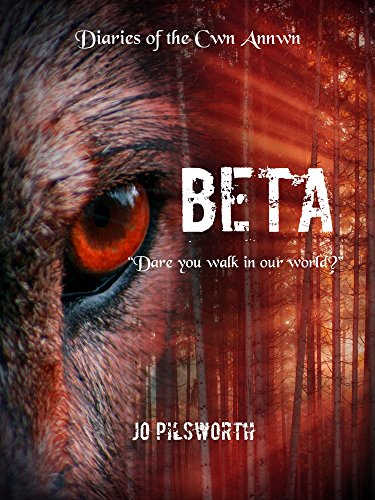 “I had failed my Alpha. I knew this, and mine was the penalty to pay, that I might never know the comfort of my Mate, of finding the other half of my soul. I might dream, of a beautiful white wolf, with eyes of green. I might dream that we ran together under the moonlight, but I would never know her. Or so I thought.”

“It was a letter that started it, from an old friend, a plea for help. A run in the Catskills. An encounter with a white wolf on Cwn Annwn territory. A cop. A Homicide Detective. Her family who saw her only as a marriage prize even in this modern age. But she was mine. Alix was mine. Woe betide any who thought to take her from me.”

Bran Cadwgan is one of two Betas of the Cwn Annwn. He believed he would never be granted a Mate by the Goddess as penance for past mistakes, but discovers that he was wrong. Will he succeed in proving to both her family and his Mate that he is worthy of her sharing his life?

Alix Gosselin is the only daughter of the Gosselin Alpha and his mate. She was the “Gosselin Princess” growing up in an abusive home, until she fled first to attend boarding school and then for a career in law enforcement. Her parents had proven that the myth of a mate who would love and treasure you above all else was just that, a myth. Then, she encountered a biker whilst investigating a series of female disappearances in a suspected sex-trafficking ring. Her life would never be the same again. Alix wants to believe the story she is told by her biker, but she knows her father will not let her ‘throw herself away’ on a ‘mere biker’.

Bran and Alix, both have preconceptions to overcome. Both of them will be faced with challenges. Will the growing bond between them be sufficient?

Based on the legend of the Welsh Cwn Annwn, and incorporating Jo’s love of myth and legend, Beta introduces a cast of Cwn Annwn, wolf shifter and human characters, weaving romance with the contemporary world. Dare you walk in our world?

Reviewed in the United States on January 2, 2019

I’ve worked my way through this series totally out of order and this is my last part – until more are written (Soon I hope). Even though this takes place earlier in the storyline I was familiar with the charters and it felt like an old chat about history with friends. It is the story of Bran and Alix finding each other. With these unique shifters that is something really special and different to most other shifters who aren’t CWN. Many couples deal with parents but my goodness, Alix’s dad was awful! It was great to get to know Bran on a deeper level and the more I read Alix the more I loved them for each other. This is a wonderful series; it and all of the spin-offs add to rich world with a history and relationships that are much more complex and compelling than the average PNR. One really great thing is that you can read any of them in any order without ruining storyline. I highly recommend them all.