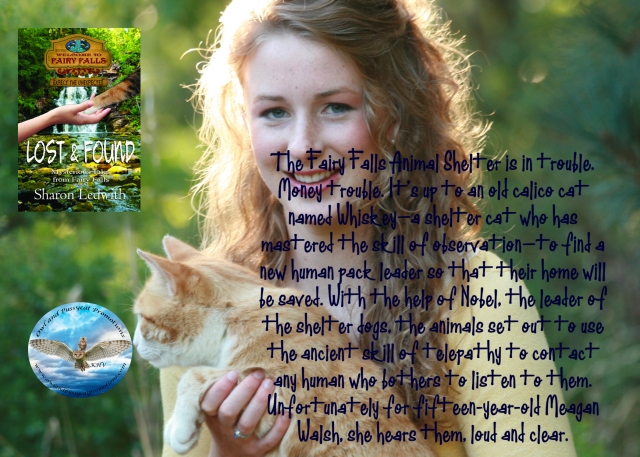 Disclosure: I purchased a signed copy of the book “Lost and Found – Mysterious Tales from Fairy Falls” by Sharon Ledwith at a craft show. I have met the author and have had encounters with her on various occasions. We reside in the same area, and are both active in many book related events and activities. I had no communication with Ms. Ledwith at any time about providing a review. The comments that follow are my own personal opinion. I received NO compensation of any kind, or from any one, to provide this review.

I purchased this book, as a gift for a grandson, and read the book to determine its suitability. I do not normally read YA books, and in fact usually avoid them.

I found this book to be quite enjoyable and the premise interesting. The animals had wonderful personalities and instincts and the characters were reasonably believable. This is a Young Adult novel and I found much of the plot and character development to be obvious, but I was impressed with the way it kept me reading. The pace was a little off in some sections and some of the faster paced conflicts came off contrived and not completely believable.

Overall I enjoyed this book and I’m quite sure my grandson will also enjoy it. This is the first in a new series and if he found it as entertaining as I did, I have no doubt he will be interested in the next story. 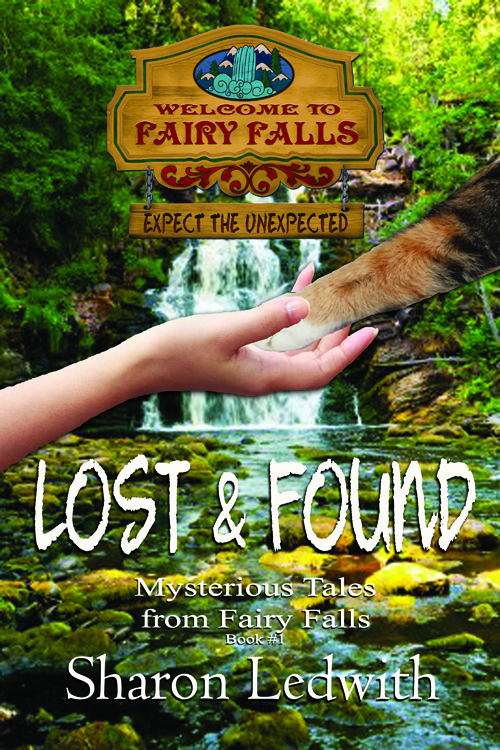 The Fairy Falls Animal Shelter is in trouble. Money trouble. It’s up to an old calico cat named Whiskey—a shelter cat who has mastered the skill of observation—to find a new human pack leader so that their home will be saved. With the help of Nobel, the leader of the shelter dogs, the animals set out to use the ancient skill of telepathy to contact any human who bothers to listen to them. Unfortunately for fifteen-year-old Meagan Walsh, she hears them, loud and clear.

Forced to live with her Aunt Izzy in the safe and quiet town of Fairy Falls, Meagan is caught stealing and is sentenced to do community hours at the animal shelter where her aunt works. Realizing Meagan can hear her, Whiskey realizes that Meagan just might have the pack leader qualities necessary to save the animals. Avoiding Whiskey and the rest of shelter animals becomes impossible for Meagan, so she finally gives in and promises to help them. Meagan, along with her newfound friends, Reid Robertson and Natalie Knight, discover that someone in Fairy Falls is not only out to destroy the shelter, but the animals as well. Can Meagan convince her aunt and co-workers that the animals are in danger? If she fails, then all the animals’ voices will be silenced forever.

Creeping through the ductwork was becoming harder on her old bones. Layers of dust tickled her pink nose and made her facial whiskers twitch incessantly. Her stomach retched at the stale odors. However, Whiskey, a fifteen-year-old calico cat, ignored these annoyances and persevered. She had to, knowing that she was the only link, the only form of communication, between the cat floor and the dog floor at the Fairy Falls Animal Shelter. This was what made her special, gave her life purpose. This quiet night was no exception.

What the humans called a crisis had happened at the shelter today and Whiskey had to relay this information to the canine pack leader. Nearing the entrance above the dog floor, the thick fur on the back of her neck rose. Some of the dogs she tolerated, some she abhorred. Her ears flattened. Whiskey knew she would have to scale across the top of Mary Jane’s gate in order to get to Nobel’s cage and deliver her report. She also knew to be extra careful not to shake the little bells attached to her red collar that would jingle out her presence. Reaching the opening, Whiskey extracted her long claws and pushed the dusty register aside.

Looking down, she sighed, thankful that Mary Jane, a black and white pit bull terrier, and a long time resident of the shelter, was asleep. Carefully, Whiskey jumped down, balanced on the top of the fenced gate that faced the hallway, and started to slink across it. Then she sneezed and her bells jingled.

A growl and a snort sounded from below. “Who dares to wake me?”

Whiskey peered down. Mary Jane’s eyes were rolled back, her tongue hanging limply out one side of her mouth. A quilted blanket on the cement floor was half-shredded and inches away lay a rubber toy, which would normally be stuffed into Mary Jane’s powerful jaws to exercise the constant frustration of being incarcerated for so long. Whiskey watched Mary Jane lunge for the toy, shaking her thick head and neck in anger.

Whiskey leaned over into the cage and purred, “Someday, I hope you choke on that thing.”

Mary Jane dropped the toy and lunged at the smug cat. Whiskey had just enough time to recoil and land feet first on the hallway’s cement floor. She groaned, feeling her arthritic back legs cave slightly. She was not a kitten anymore, that was for sure. Mary Jane rattled the kennel door, snapping, growling, and barking. Slobber ran down the white patch on her neck and dribbled onto the floor, making it too slippery for her to balance on her hind legs. She slipped and fell with a loud thump and knocked the water bowl, spilling water all over. Whiskey flattened her ears and shook her head. This dog could easily have been the pick of the litter when it came time to receive the sleep needle, but since this shelter had a ‘no kill’ policy in place, all of its residents, including Mary Jane, remained safe and alive.

Suddenly the kennel next to Mary Jane’s came alive and the one after that. Whiskey heard a whimper from the cage down the hall where the new dogs were kept. These were the dogs whose owners would either still rescue them or would condemn them to live here in the shelter until they were adopted by a new human.

“You sure know how to make an entrance, Whiskey.”

Whiskey’s ears pricked up. The right ear had been badly frostbitten once upon a time, but her left ear was still intact. Half her face was masked in black; the other half a mixture of white and orange. The rest of her small body was a patchwork of black and orange fur, with the exception of a white belly. She preened her whiskers, licking the pad of her front right paw until she realized all she tasted was watered down bleach. Cringing, Whiskey slowly sauntered over to Nobel’s kennel—the biggest—at the very end of the hallway. She plopped her bottom on the cool concrete floor and stretched.

“You’re certainly a deep sleeper, Nobel. Are you sure you used to be a watchdog?” Whiskey asked, preening the area above her yellow eyes.

There was a low growl, and then a high pitched bark. It was Nobel’s way of laughing. “I’m part Husky, part Doberman, and part mystery mutt, so sometimes I get all messed up about my job. Do I run as fast as I can or do I stand and fight? It’s darned confounding, I say.”

Although it was dark, Whiskey could see the amusement in Nobel’s light blue eyes. His fur was a mixture of black, tan, and grey, and standing on all fours he would be at least three cats tall. Nobel’s kennel was well-kept, with a thick, comfy blanket set up in front and a pan full of water at the back. He’d been at the shelter for as long as she had, so Whiskey felt a sense of oneness with Nobel, even though he was canine.

Whiskey heard a snort from the big Rottweiler mix, followed by a whine. “Dreaming? Hmm, yup, silly me. Must be dreaming. No felines on the dog floor. Silly me.”

She heard Louis yawn, fart, and then settle back down on his papered floor. Louis tended to pee in his kennel, so he wasn’t afforded the luxury of a cushy blanket like Nobel’s.

“Dumb as wood, that one,” Nobel muttered.

“Yet he trusts you completely,” Whiskey mewed, scratching her chin.

“That’s because I’m the pack leader. It’s not a choice, you know.”