Fane: Journal of an Alpha Hellhound: paranormal romance with attitude (Diaries of the Cwn Annwn) 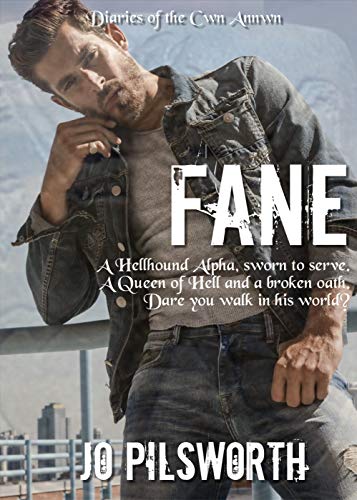 Fane Anghelescu, Hellhound Alpha. Over-protective and paranoid, according to his sister. But he swore an oath to a Queen of Hell. He swore to serve body and soul if Lamashtu Anzillu would protect his sister, Roxana.

She’s Hell-born Demon. She broke her oath before the blood was dry on the contract. What happens when Fane finds he has been played?

And if that is not enough, other Hellhound Packs are trying to kill him and annihilate his Pack. And the return of a mystery Pack female, Stefania. Life ain’t simple, that’s certain.

4.0 out of 5 stars This is really a complex book with lots of interesting angles and action.

Reviewed in the United States on November 12, 2018

This is really a complex book with lots of interesting angles and action. Fane is a hellhound bound in servitude to a Queen of the underworld when she chooses him to be alpha of her hellhound pack. You start off wondering how your going to like this guy because he pretty much detests humans and uses them to feed his queen, but the story didn’t detail that much. He’s very protective of his pack and especially his sister, Roxana. So when a female hellhound name Stephania who is a hunter shows up out of the blue and claims to be a member of his pack, Fane’s suspicious. She claims the queen sent her on a special mission which is where she’s been for the last 55 years, but Fane is not getting the whole story from her and he doesn’t like it. He sees potential in her though and makes her lead hunter. But Stephania has an uphill battle to fight to be accepted by the pack.
There is something Fane finds intriguing about Stephania, but he doesn’t want to admit it to himself. There is a lot of pull and tug between the two, attraction and mistrust. But you do see the softer side of Fane come out with Stephania who compliments him quite well and she challenges him too.
I liked the romance element very much as well as all the internal and external challenges of the two main characters. I love PNR and this book did not disappoint. I do think the book could stand a good edit, but the few errors definitely did not distract from the story itself.