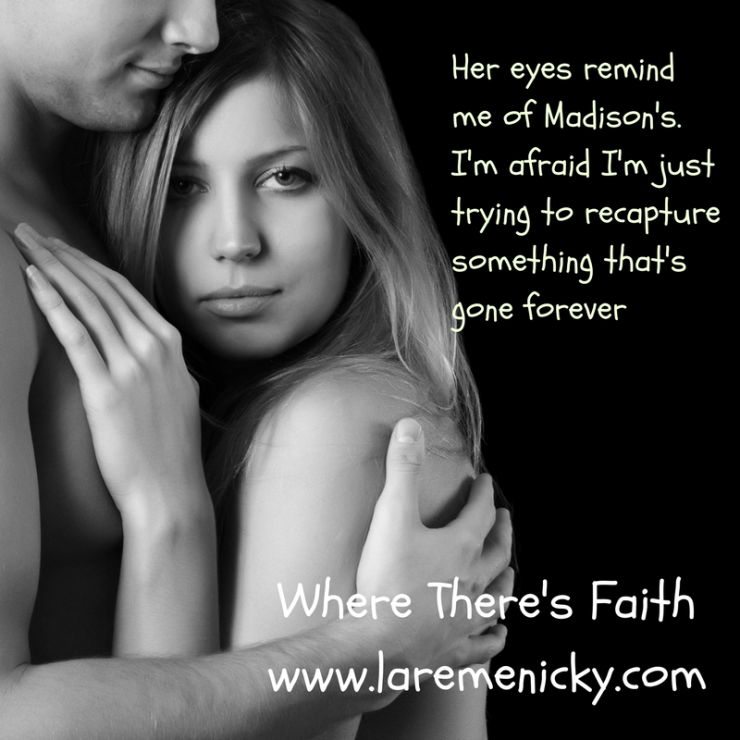 A past she can’t remember. A love he can’t forget. After losing everything in an accident that he can only blame himself for, Robbie Newlin embraced sobriety and tried to live his life quietly alone at this family’s cottage on the lake. Grief being his only ally, Robbie was perfectly content with how he lived until Faith moved into the cottage next door. Now, Faith, had him questioning whether to keep grieving or to open his broken heart to let love in again. Faith McMillan had no memory of her life before that day three years ago. The physical scars had faded, but the emotional ones were still fresh and raw. Living rent-free seemed like a great way to finish her second book and give her the time to figure out her next move, but then she met the reclusive guy next door and everything changed. To get past the broken parts, Robbie and Faith must figure out if they want to continue living their lives in solitude or take a chance on finding an ending together.

To say I was a little apprehensive to read WTF is an understate. Now, it wasn’t because I didn’t think I would like the book but because I won a contest for Title the Book by the author. She picked my title and I was so blown away. Lil ol’ me got the privilege to title this book & have my name in the forward. That is pretty EPIC!!!

Faith McMillan has no recollection of the person she was up to the day 3 years ago when she woke in a hospital with no memories.

Robert Newlin hit the bottle and rock bottom after he lost his wife & unborn child to a terrible accident he blames himself for.

These two when they first meet & discover they are each other’s neighbour don’t hit it off too well, but sometimes connections cannot be denied.

“His arms encasing her pushed away the feelings of insecurity; They felt like home. For the first time she woke up in that hospital bed, she wasn’t worried about her past.”

No matter how high the walls are they’ve each built around themselves to never get hurt again, the pull they have to each other has them spilling secrets they’ve not told many others, not even those closest to them.

“The feelings he had for Faith grew stronger, the ice around his heart-melting a bit more each day until he felt whole again.”

While this sounds like a nice wholesome love story, which it is, it also has some major twists and turns. This makes for such an amazing read.

While WTF is a standalone I urge you to read the first two in the Fairfield Corner’s series as they have overlapping characters.