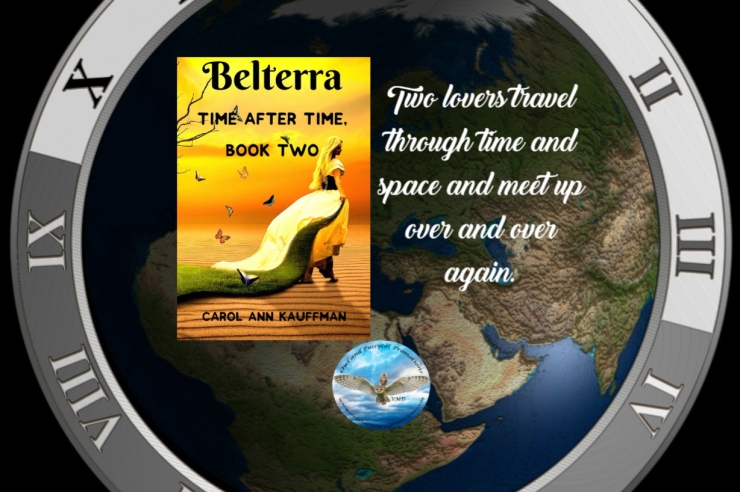 The Time After Time Series follows a pair of unlikely lovers on their adventures through life and love, this time on an alien planet divided into four tribes. When Neeka, daughter of the Lord of the Warrior Clan, was out picking lavender in their vast fields of the West, she felt him coming for her, and she was ready. When Braedon, Lord of the Soldier Clan of the East, rode into those lavender fields, searching for the woman of his dreams, he had no idea if she were even real. But there she was, standing there looking up at him, smiling. He reached his hand down to her and waited. She accepted his hand, beginning their adventures together, changing not only their lives but the course of life and unity on their planet forever. An alien planet. Or is it?

A pleasant and satisfactory ending …
By Charlie
The story centered around a planet, Belterra, divided into four sectors and separated by job description and class as well as laws that forbid intermarriage and allowed for very little interaction between sectors. It was a story of two soul mates, Neeka and Braedon, trying to maintain a relationship even though they were from different sectors of the planet. I loved both of the characters and their idiosyncrasies and humanity — they often let their egos interfere with their true love, as we all do at times. The ending was satisfactory and resolved to my liking.